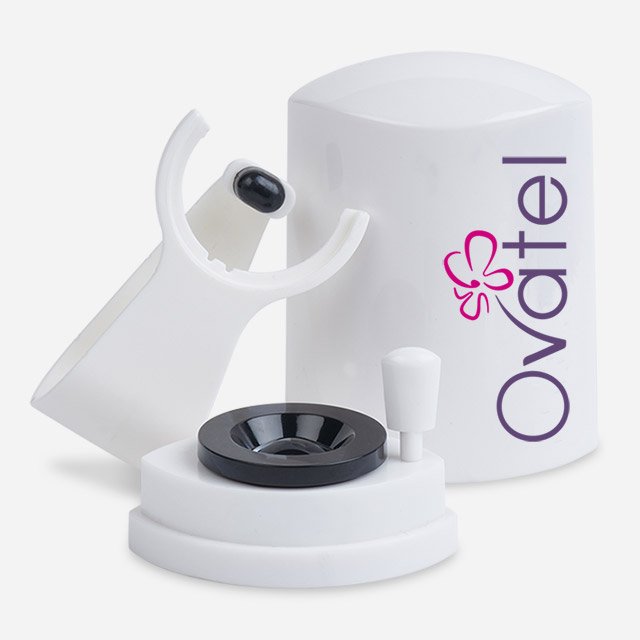 There are many couples all around the world who are suffering with infertility. Many of these couples will undergo some type of fertility treatment during their journey. When undergoing infertility treatments, most doctors want you to monitor your cycles in their office and at home. This means using a fertility monitor and charting to see if the medications are working and when ovulation is about to occur.

What you will be asked to use will depend on what medications you are on and how they could affect the results of your monitoring. Many medications can skew the results of urine tests and so a monitor such as Ovatel can be a much better choice.

Often the first drug of choice if you are not ovulating is Clomid. Clomid is an estrogen promotion medication that helps one build many healthy follicles. It comes in several dosages and is rather inexpensive. Clomid has been used for many years with a high rate of success. Many doctors will either as a couple to take the medication and time intercourse or come into the office for IUI – intrauterine insemination.

Clomid is usually taken between cycle days 3 – 7 or 5 – 9 in most patients. You will be expected to track your cycles carefully on a chart such as MyCycleDiary. This way you will know when to begin your pills. Since the medication can cause side effects, you may want to take them at bed time. Most women on Clomid will ovulate 5 – 9 days after their last pill. Many doctors will also perform ultra sounds to see what the follicles are doing and if a trigger shot is needed to help the follicles release.

You will want to see if the medication is working by using your Ovatel Fertility monitor. AS the estrogen in your body rises, you will begin to see varying degrees of ferning. The ferning indicates that you are entering your fertile period and should begin intercourse. The ferning pattern will continue until after the egg or eggs are released. Be sure to continue intercourse until your doctor has confirmed ovulation or your Ovatel no longer shows ferning.

If you are on the wrong dose of Clomid and ovulation does not occur, you still may see some ferning. The estrogen would have risen, but not enough to make an egg. Often when this happens you will see inconsistent ferning patterns that do not make much sense. You may also not get your period on your own. This is why it is important to be followed by a physician when on any ovulation stimulation medication.

There are several groups of women who simply do not respond or get cysts from Clomid. Many of these women are PCOS diagnosed – Polycystic Ovarian Syndrome. This means that they are at higher risk of anovulation and cysts than women without this problem. Clomid has a side effect of causing cysts, which means that many doctors are now prescribing Femera as an alternative to Clomid. Femera works in the same manner – to stimulate estrogen production to make healthy follicles – but has less of a half life. This means that it does the job and clears the body faster, so there are fewer risks.

Femera is used the same way as Clomid and so you should still monitor your cycles at home to make sure that you are taking it correctly and responding well. Your ferning pattern may a bit more intense earlier in your cycle when using your Ovatel, but this will not affect the outcome. You will still want to begin time intercourse when you see the pattern arise. The more sperm waiting for the egg, the better your chance of conception. The sperm can live up to 7 days under the right conditions.

Once ovulation has occurred, your Ovatel will no longer show the ferning pattern. It is recommended to keep using it, though. If you see a new ferning pattern arise, you could be pregnant and can take a home pregnancy test to confirm.

This means that when you are on the shots, your estrogen will be through the roof. This can make the Ovatel monitor say you are fertile when you are not even close yet. If you are using injections with timed intercourse, then you can start to have sex anytime. It will not hurt. If you are having IUI or IVF, then you will want to do as instructed by your doctor. They will want your husband to abstain for a few days to build up his number of sperm for the procedure.

Your Ovatel monitor can be used after insemination and ovulation have occurred to help determine if you are pregnant or not. You will have no ferning after ovulation is successful unless you are pregnant. If you see ferning when you should be starting your period, you should test with a urine pregnancy test to confirm the pregnancy.

3 thoughts on “Infertility Medications and Ovatel”