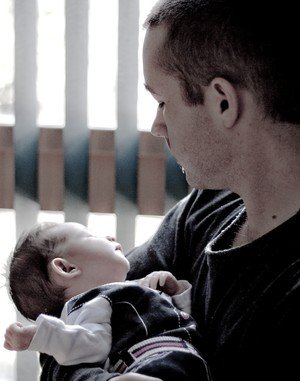 The male factor in conception is equally important as the female factor. While women spend so much time figuring out their fertility, men rarely think that they could not be able to get a woman pregnant at whim. When have so many tools to use at home, such as Ovatel that can help them figure out if they are fertile or not, men are not so lucky. Before you go screaming to the doctor for a sperm analysis, there are things you can do at how that can improve your man’s chances of having a health sperm count.

These tips will also allow your man to make healthy sperm. Healthy sperm can swim and are formed correctly. If they are not, or too many of them are impaired in some way, then he will not be able to father a child naturally.

What is Under Your Clothes?

What your man wears under his clothes can really affect the quantity and quality of his sperm. There is a reason why the testicles are freely moving and can pull up and drop down. It is for temperature control. In order to produce healthy, viable sperm that are capable of penetrating and fertilizing an egg, the scrotum must keep the testes at the perfect temperature.

If your man wears the highly known “tighty whities” then he is forcing his testicles to rest too close to his core temperature. This can make his count drop and pregnancy less likely. It has also been documented to cause sperm with two heads, that cannot swim, and even ones that are not capable of breaking through the egg’s outer cortex. Encourage your man to wear boxer shorts instead. This will allow his boys to freely move when they need to, to escape the heat. It takes sperm about 72 days or roughly 3 months to be produced and matured in the testicles. So do not be concerned if you are not pregnant during the time of the switch.

It might seem like common sense to live a healthy life style, but you will be surprised what you will want to be aware of when trying to conceive. Make sure your guy is eating right, not smoking, abstaining from drugs, and not drinking too much alcohol. All of these can have negative results on his sperm. The worst being poor DNA content, which can cause birth defects and disorders. If your man is doing drugs or activities that could cause potential harm to your baby, have him stop and use protection for 3 months to be sure all the bad sperm are gone.

Your hubby can, however, enjoy coffee. While we gals have to give it up or reduce it to enhance our fertility, sperm actually respond well to the caffeine. It helps them move faster. This will up the rate of survival after ejaculation, as the vagina is very hostile for sperm and can kill it. The faster the boys swim the better chances of survival and more will make it into the uterus and tubes. You can also use Pre-Seed to help make the vagina sperm friendly as well.

There is nothing better for sperm production than sex. The more you use it, the more is made. The male body is a feedback system. If you with hold intercourse to “save” the sperm, you are actually doing more damage. The sperm that are released are older and die easier. By using sperm regularly, you are telling the body that more need to be made. Supply and demand is what the game is.

For men that do have actual low sperm count, sex once every other day is what is recommended. If there are no known sperm issues, you can have sex as much as you want.

1 thought on “The Male Factor and Conception”